Welcome to the 4th edition of the Gower Handbook of Project Management. In this edition I have focused more on producing a handbook rather than an encyclopaedia, but the book is still intended a as reference book for practicing project managers. It should also remain a useful text for people studying for professional exams in project management and for people seeking certification around the world. The 3rd edition was successful, being translated into two other languages, and resulting in two spin off books, People in Project Management (Gower 2003) and Contracting for Project Management (Gower 2003). The first of those was also translated into two other languages, and the second into one other. Project Management is a rapidly expanding subject. In the early 1990s I tried to write three books covering the whole of project management as I saw it:

● The Handbook of Project-based Management (2nd edition, McGraw-Hill 1999) covering the core concepts of how you manage a project to convert vision to reality
● The Commercial Project Manager (McGraw-Hill 1995) covering the commercial issues of finance and contracting
● The Project Manager as Change Agent (McGraw-Hill 1996) describing people management issues
I think at the time they gave a fairly comprehensive view of the then status of project management. Also I profiled the 3rd edition of this book as an encyclopaedia, trying to cover the whole of project management in one book. I don’t think that is possible anymore; perhaps it wasn’t possible in the late 1990s. The 3rd edition had 44 chapters in seven parts: Projects, Context, Functions, Process, Commercial, Contractual and People. If, this, the 4th edition, were to cover all the previous material plus the new areas of project management, it would become unwieldy. I had to leave something out. That is a positive indication of the growth of our subject, so I am pleased that Project Management is such an expanding subject. I have left out parts of Context, Commercial and Contractual.

xxxix NJ596 – 00d-Preface 11/16/07 10:55 am Page xxxix As I have merged the rest of Context with Projects, and changed the name of Functions to Performance, I have left out the three Cs and left in the four Ps. It was suggested I should also leave out People. After all it is covered by People in
Project Management, and we might look forward to a second edition of that book. However, I think that projects don’t exist, let alone happen, without people, so leaving out People would be like building a car without the engine. So it stays in. As far as the commercial parts of Context, Commercial and Contractual are concerned, I hope it might be possible to produce a Handbook of Commercial Project Management. It is now twelve years since The Commercial Project Manager was published and so it is due for an update. As before, I don’t necessarily share the views of all the authors. I think it is healthy that a book like this should have a wide range of perspectives. Again, there is nothing that I violently disagree with, and since I think Project Management is a social construct, I would not even say anything is ‘wrong’, just different perspectives of the same thing. A cylinder looks like a circle if you view it along one axis and a square if you view it from the side. So you can put a square peg in a round hole; it can look like a circle to some people and a square to others. None are wrong for expressing their views. Project Management is the same. Each chapter has a list of references and further reading. Not all the references are cited in the text. Some are there as further reading. For me, in a book like this, references fulfil two purposes:
● they provide additional sources for people who want to explore the topic further
● they acknowledge the source of somebody else’s material or ideas
Only books really satisfy the first purpose. Perhaps some magazines and readily available academic research journals also meet that need. PhD theses, papers in conference proceedings and arcane academic journals do not. So I have tried to avoid including those as references. They are only included if they satisfy the second purpose and there is not other text that does so. In the 3rd edition I said I hoped the book would run to further editions, and asked people to e-mail me their suggestions for improvement. The hope remains there will be a demand for further editions, and I repeat the request – though nobody e-mailed me as a result of the 3rd edition. If Project Management continues to be an expanding subject, perhaps next time I will need to leave out the People section and devote a whole book to it. Finally, I would like to thank Judy Morton for her help in editing the book. 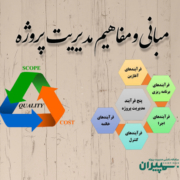 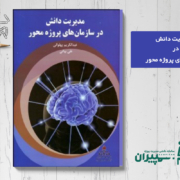 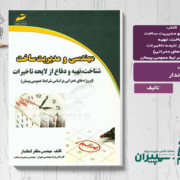 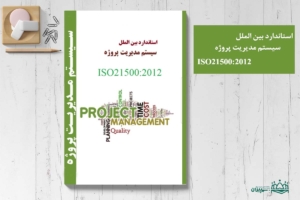